A new tour for the Carnoustie Country area, the Discovery of Legends short break gives you the chance to experience three former Open qualifying venues from the four that are located close to the city of Dundee all with a link to a golfing legend.

Your golfing options include the beautiful parkland venue of Downfield where 1999 Open champion, Paul Lawrie, became the first qualifier in the modern-day format to go on to win the Claret Jug and then described Downfield as “one of the finest inland courses in Britain” . We also have the challenging links of Monifieth where, in 1975, Tom Watson played his first ever shot on a links golf course before going on to triumph at Carnoustie the following week and win the first of his five Open Championships. Across the Tay Road Bridge from Dundee is Scotscraig with its unique mix of heathland and links layout, this was the venue that a youthful, future Ryder Cup legend and Major Champion, Justin Rose, tried to qualify for The Open as 14 year old. The group is finished off by the fantastic layout at Panmure. In 1953 golfing legend Ben Hogan had already won The Masters and US Open when he came to the area and based himself in the peace and quiet of Panmure before going on to win The Open two weeks later. The 6th hole at Panmure is named after the great man.

Staying in either Dundee, or the suburb of Broughty Ferry, these two quality hotels offer the golfer easy access to all golf courses featured in the package. With Scottish breakfast offered daily, the package also includes a golfers dinner at either property where you can also enjoy a “wee dram” either with your dinner or as a Scottish welcome on arrival. 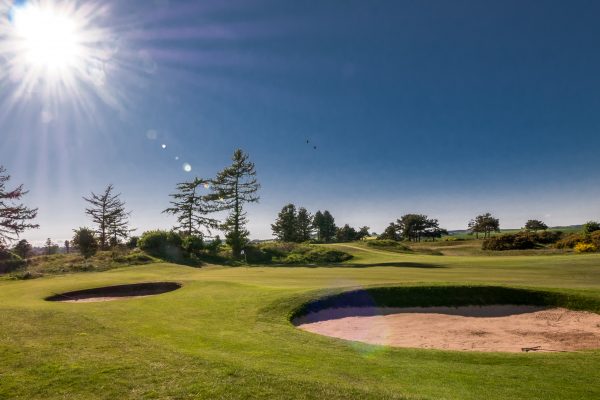